Hungover Moments of Clarity With Information TV & The Landscape Channel 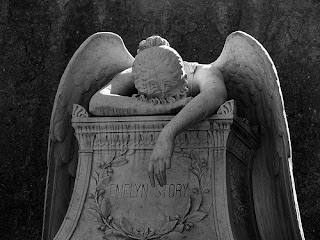 The world can often feel like an awful place; especially when you're watching TV. On one side you have the news: the rapey, murdery, racist blood-soaked report of rape, murder, racism and bloodshed; where even if they're reporting “good news” they'll add some kind of sneering “angle” designed to show-off their journalistic integrity – makes you want to scream so hard you suffocate.

On the other side you have the sort of things which are ostensibly supposed to entertain us. This stuff is either so vapid and anodyne that it turns the very air into dripping wet cement or worse – it's so painfully cynical and out-there and right-on that it comes across as a desperate attempt to suck every ounce of fun out of anything and everything in the world – THEY WILL NOT REST until they've cast their psychotic sideways glances at EVERYTHING – nobody's safe and RESISTANCE IS IMPOSSIBLE – how many schedules each week are dominated by panel after panel of snarky talentless oafs sat there noticing things – shamelessly regurgitating lines from their “uncompromising” routines with insufferable grins on their unforgivable faces?

The world can often feel like an awful place. Watch TV and you're often rubbing your face in the absolute dregs of everything. Sometimes, you need reminding that there's a whole world out there. Nothing works better than fresh air and greenery, but there are days when you cannot bring yourself to leave the house.

And on such days, you can find sanity and salvation on a humble and unassuming little channel called Information TV.

If you're lucky, you tune in just as The Landscape Channel is beginning its broadcast. 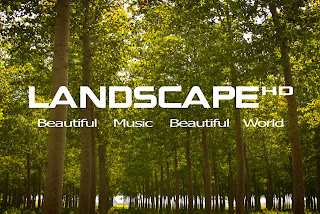 The Landscape Channel shows sedate, nearly static footage of landscape set to a soundtrack of low-key instrumental music – ambient, piano-driven, gently gently – most of it's by artists who probably consider said appearance of their work to be the high-point of their career, but you also get the likes of Mark Knopfler showing up to lilt our very souls.

The landscape they show varies. Sometimes they go for the expansive, sometimes the intimate – extreme close-ups of sunflowers and bridge joints. Initially you smirk, but it's quite easy to find yourself drawn-in. And once drawn-in, the loud mean-spirited leering noise from every other channel feels like an unpleasant yet distant memory from a former life. They need not worry you any longer, and you don't ever have to go back. Nobody's going to force you, it's fine.


OK, I appreciate that this show's probably designed to be broadcast in nursing homes. You tune-in, you switch-off. Why ask for anything more?

But as a lifelong migraine-sufferer I understand the importance of switching-off. Everything sometimes gets to be too much to bear. But there's a whole world out there; there's more to life than this and it's OK to yearn for serenity and escape now and then.

Have you ever had one of those intense hangovers that demands that you do everything slowly and quietly for twelve hours or so? Have you ever noticed how strangely melancholy are those days? Entire afternoons spent in darkened rooms – a necessary sacrifice for the hedonism of the previous evening – a day spent just on the right side of the verge of tears.

The Landscape Channel is the television equivalent of that feeling in your chest and between your eyes on days like that.
Posted by Ninetyeightytwo at 09:02