An Afternoon At The BFI Mediateque 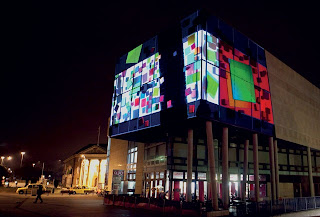 With three and a half hours to kill between job interviews, I spent a very enjoyable afternoon delving into the BFI Mediateque at the Derby Quad.

If you ply them with a proof of address, they'll give you a special card which will allow for you to watch as many films as you want for as long as you want. Suddenly, the yawning stretch of time between my appointments didn't seem so tedious. Within moments, I had a world of wonder at my fingertips – and in three hours I barely scratched the surface.

It should be noted, incidentally, that nine of the ten films I watched contribute towards my 2011 Film Challenge target. 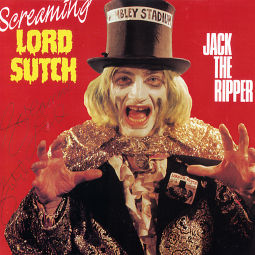 I started with a couple of music videos. First came a TV promo by Screaming Lord Sutch for Jack The Ripper. As staunch, static and gaudy as any studio-bound performance of the early-60s, a succession of vaguely-Victorian ladies were mercilessly slaughtered in as camp and tasteless a manner as was possible in the stoic and tasteful wasteland that was television back then.

Next came an attempt to simulate the effects of psychedelic drugs without the use of psychedelic drugs. Called Beyond Image, it was essentially a colourful kaleidoscopic oil-lantern display set to the droning bleeps and repetitive bass jams of The Soft Machine. Watching it on headphones and staring fixedly at the screen, I really did feel something approaching transcendence as my thought patterns achieved synchronism with the mercurial colours. 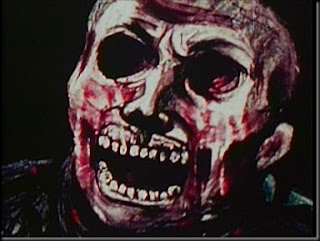 After this I dipped into their animation archives, in which I could honestly have wallowed for hours. I begun with a cheerful piece called A Short Vision. Comprised mainly of still images with such animation as resembled the movements of puppets cut from paper, it told a story of nuclear apocalypse. Apparently shown on a prime-time slot in America, the footage of a man's eyeballs popping and melting down his face were seemingly enough to inspire the formation of the CND. 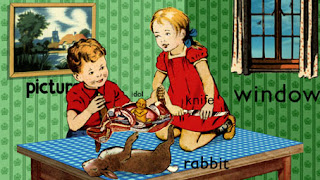 Run Wrake's Rabbit I had seen before, but I jumped upon the chance to see it again. Set in a storybook world part Ladybird, part Enid Blyton (everything has a label), it tells the story of two children who find an idol when they cut a rabbit in half with the intention of making a muff. The idol loves plum jam but hates wasps and flies. These pests he zaps with lightning bolts from his fingers and, once zapped, they become jewels and, of course, feathers and jars of ink. Though surreal in the purest sense of the word, this highly disturbing piece also harboured a very important message and a truly horrifying ending. 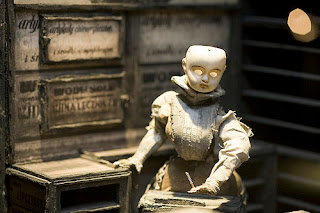 Then came something which I've wanted to see for ages: The Quay Brothers' Street of Crocodiles which, apart from anything else, served to reassure me that I'm not yet fully desensitised and that, when exposed to certain concepts and imagery, I'm still very much capable of finding myself unnerved. Many such images could be found here: the fading glow of a dying lightbulb-headed man; a museum of bizarre anthropomorphic machinery banging on the glass for mercy; a female-torso fondling its own breasts; living screws dancing to their own beat and, worst of all, a makeover from three utterly freaky eyeless dolls which began with the removal of the head. It wasn't so much the images themselves that freaked me out as the inescapable feeling of familiarity: I've had this exact nightmare before, I just know it. 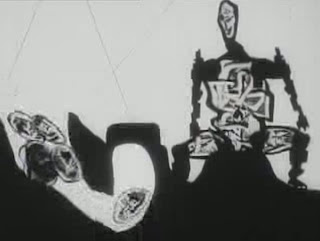 Fancying something lighter, I opted for an experimental piece from 1955 entitled 13 Cantos From Hell. Subtitled as “thirteen dramatised scenes from Dante's Divine Comedy”, this was the work of sculptor Peter King, who tragically died in a motorcycle accident two years after the film's release. It's comprised exclusively of stark black on white images which owe a lot to elaborate and distorted tribal patterns and the elegant work of shadow puppetry. The images themselves were striking enough, but the real pleasure here was in the remarkable soundtrack. A succession of rhythmic tribal percussion, otherworldly wailing and strange electronic beeps; a lot of the time it reminded me of the creepier and more discordant moments from the Liars' discography. I'm almost certain that they must have watched this one at some point, scribbling furious notes as they did so.

Though by no means tiring of animation, I wanted something a little different next. I opted for a trio of films from the first decade of the twentieth century. The earliest, entitled Undressing Extraordinary (1901), reminded me of those Daffy Duck cartoons in which he's tormented by the sadistic pencil of the animator. A tired traveller attempted to undress for bed, but upon removing one item of clothing another would appear. Hilariously, the traveller began, seemingly without realising, to step into the character of these costumes: He became regal when dressed as a king, stately when dressed as a policeman etc. Eventually he succeeded in stripping but was foiled in going to bed by the sudden appearance of a skeleton. Then the skeleton disappeared. Then it began to snow. Though ostensibly a comedy, apparently contemporary audiences found the concept of the most basic and everyday of tasks being rendered impossible by supernatural forces uncomfortable and disquieting. Undressing Extraordinary, then, is recognised by some as a very early horror film. 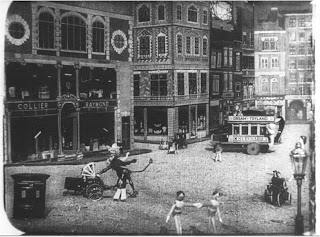 I stuck with the horror theme for the remainder of the afternoon. Dreams of Toyland (1908) was probably intended to be charming, enthralling and comedic. However, I found the dreamscape of ultraviolent toys to be nothing short of diabolical. They begun by waving at the camera, but in no time at all they were indulging in such practices that might make even Itchy and Scratchy wince: A wild goose gnawed ravenously on the face of a doll. A lady was tossed, face first, into the deep fat fryer of a passing hot-dog cart. A London bus, driven by an insane monkey, appeared to take great delight in ploughing over all who stood in its way. That this was supposed to be a comedy should give food for thought for those who think that gratuitous violence is a relatively new phenomenon in cinema.

The Man & His Bottle (1908), though, I don't think was ever intended to be taken lightly. A man, either hungover or attempting to kick his alcoholism, found himself tormented by apparitions of devils, white rats and legions of floating bottles. One bottle sprouted arms and legs and began to follow him down the street. His nightmare ended in a beer cellar, where he was at first attacked by strange octopus-like creatures. Then a trio of clowns appeared with “DT” written on their costumes (delirium tremens?) Taking a limb each, they stretched him until he resembled a gaunt rag-doll before stuffing him into a giant bottle and leaving him to die a painfully and ironic death.

In each of these three silent films, equally – if not more so – fascinating than the storylines were the faces staring suspiciously from windows at the camera. It's a feature of a lot of early cinema and photography. The camera must have been a source of marvel and wariness for these people. Scholars could interpret their looks as the past confronting the future. Personally, I'm always reminded of the ghostly faces glimpsed in the back of hearses – late for their own funeral.

Jumping forward some seven decades, my curiosity was piqued by a piece entitled The Universe of Dermot Finn, which I've only just discovered to have been directed by the increasingly-fascinating Philip Ridley. As the brief synopsis insisted, the less you know about this film before watching it, the more you'll enjoy it. I couldn't agree more, and that no images of it seem to exist online may hint at the existence of a sort of clandestine effort to preserve its mystery and wonder for the uninitiated. Suffice to say that it's one of the most successful blends of comedy and horror I've ever seen and that it rivals even David Lynch's Eraserhead in conjuring such images and concepts that will stick with you for life. It's a very British spin on a certain nightmarish scenario, and I would not hesitate to describe it as utterly unmissable. 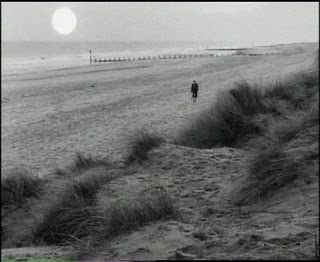 Saving the longest (if not the best) for last, my afternoon was brought to a close when I finally got a chance to watch the original 1968 Omnibus version of Whistle & I'll Come To You. For my full thoughts on this one, why not head over to Found 0bjects?

I cannot recommend the BFI Mediateque enough. There really is something for everyone. I think my tastes can be roundly surmised as being “acquired”, but even I found enough to keep me enthralled for an entire afternoon, and I just know I'll be making a return visit before long.

It's free to join and, having joined, free to use. It's worth an afternoon of anyone's time. In fact, it's so good, that even if you don't live near I'd advise you to make a pilgrimage. You won't regret it for a moment.
Posted by Ninetyeightytwo at 05:35 1 comment: