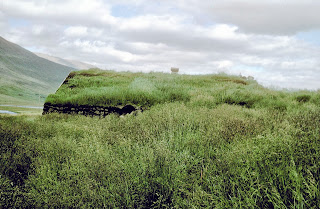 I find myself inherently distrustful of critical and popular consensus.

However, whilst I'm fine with the existence of sacred cows, I'm somehow less accepting of whatever the opposite of a sacred cow might be. Profane Grass?

This is almost certainly hypocritical, but let me explain my position a little. It can certainly be fun, invigorating and beneficial to reappraise a sacred cow, but for me, it just feels like life's too short for such behaviour. Why put so much effort into arguing that people are, for whatever reason, “wrong” to like something?

But the exact opposite behaviour – defending the Profane Grass – that's very much my bag, baby. This is the first of a (hopefully) regular feature in which I'll take something that seems generally agreed to be awful, and I'll tell you why you're wrong!

Science is on my side! Popular Science Magazine have just disabled comments on their website. They did this because it's been discovered that negativity can erode the popular consensus. Of course, they're talking about things that actually matter – such as evolution and climate change – whereas I concern myself with books, films, music.

But I couldn't help but wonder. If the public opinion of scientific theory could be swayed by overwhelming negativity, could the same apply to art?

Probably not. But it's food for thought. What if there are things out there – things that are generally considered to be “awful” - that are actually really good? What if Profane Grass only exists not because people have genuinely taken the time to make such an assessment based upon immersion and independent thought, but because people have found their minds to be swayed by overarching negativity?

Right now I'm practising bad science. However, defending the indefensible is fun and good for your soul. I'm reluctant to believe that there's anything out there that's genuinely devoid of worth. If the sign of a discerning critic is to slaughter a sacred cow, then surely he who venerates the Profane Grass must have God on their side.

I hope to cover many, many acres of Profane Grass, but I'm just so busy these days that I might not. Still, nobody's going to die if I neglect this place for long periods of time.

As an introduction, though, know that the new MGMT album isn't nearly as bad as most everyone says it is. In fact, it's really rather good. 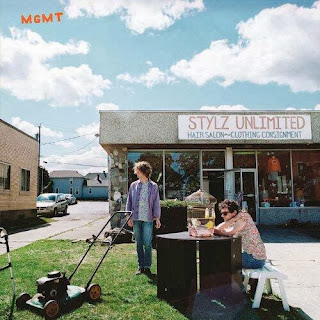 I know it's been out for less than a fortnight, but I'm really good at recognising lazy criticism these days, and Those Who Know Better Than All Of Us About These Things have already declared this one to be a “failure”. But why? Well, if you read pretty much every review that's been written, you'll read the same narrative again and again.

Critics love a good narrative, and MGMT's is too tasty to resist. A band has two phenomenally successful earworms before dedicating themselves to meandering psychedelica? Hold me back! Hold me back!

Chart success, of course, is only ever treated as an important indicator of quality when it can be used as a weapon. That MGMT probably won't write a song as universally appealing as Kids or Time To Pretend ever again doesn't make them a failure of a band. Nobody's ever argued that cult appeal is a bad thing. Except, of course, where the Profane Grass grows.

MGMT (the album's eponymous – also apparently a bad thing) is a dense, dazed, queasy and meandering album. Many reviews have argued that it's devoid of melody, thereby proving that there are music critics out there who don't know what a melody is. The AV Club went as far as to declare that MGMT doesn't have any music on it. There goes that bookmark. How can anyone trust the judgement of a site that apparently doesn't even know what “music” is?

Essentially, the music of MGMT has been compared unfavourably to the second half of their first album, to the entirety of their second album and, most egregiously, to the music of the Animal Collective. So where do you stand if your appreciation of MGMT extends beyond their two megahits? More importantly, where do you stand if you recognise Animal Collective as part of the holy trinity of bands who serve to give your life meaning?

Detractors of MGMT (the album and the band) seem to think that people are still showing up expecting immediately appealing synthpop. Some people almost certainly are. But what about those with different expectations? What about those who have endless time – ridiculously late nights – to dedicate to sprawling fuzzy psychedelic jams? What about those who want their music to sound like a melted Beach Boys CD, or the aural equivalent of a drunken stupor on a hot afternoon? Do the opinions of these people not count?

It's absolutely fine for those who dig nothing of MGMT beyond those songs to dislike their more outlandish side - which, having overpowered their “accessible” side since day one, can be said to be their modus operandi. However, you must never, ever, ever let anybody tell you that you're "wrong" to like this album.

This dense music takes time to absorb, to inhabit, to explore. There are melodies here – beautiful sundrenched melodies, happily floating in space – and they're not even buried that deeply. And these songs might, on a first listen, sound aimless, but in time tight and hypnotic grooves begin to reveal themselves. Put simply, these aren't the random sound collages the critics would have us believe. They're positively laden with hooks, and if you allow yourself to be snagged, you will be snagged.

But before you're snagged, you must free your mind and allow it to drift. I recommend tea, incense, solitude and incense. It's that sort of album.

MGMT might not be an example of Profane Grass. It's only been out for a fortnight, after all, and reappraisals might be made by one and all once these grooves become more ingrained. The signs don't look good, though, and I fear that we might have to wait until the critics are unleashed upon their next album before it's begrudgingly acknowledged that MGMT wasn't that bad.

Until then, though, I will proudly fight for MGMT's corner. I'm going to tend to this Profane Grass, give it the love it deserves, because there's a huge hole in my life that's filled quite perfectly by music of this nature, thanks.
Posted by Ninetyeightytwo at 16:50 1 comment: